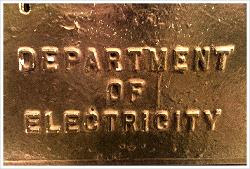 While the US Department of Defense has many unique tasks and requirements, many of its concerns and challenges re: the current grid, Smart Grid and Smart Grid security are common to all enterprises. Much of what motivates DOD motivates others, including:
So along those lines, here's an excerpt from a recent post on the DOD Energy Blog on the so-called "brittle grid" problem I believe you'll find interesting:


Eighteen months have now passed since the public release the "Defense Science Board Task Force Report on Energy" This is from the section called "Managing Risks to Installations":


For various reasons, the grid has far less margin today than in earlier years between capacity and demand. The level of spare parts kept in inventory has declined, and spare parts are often co-located with their operational counterparts putting both at risk from a single act. In some cases, industrial capacity to produce critical spares is extremely limited, available only from overseas sources and very slow and difficult to transport due to physical size.


In many cases, installations have not distinguished between critical and non-critical loads when configuring backup power systems, leaving critical missions competing with non-essential loads for power. The Task Force finds that separating critical from noncritical loads is an important first step toward improving the resilience of critical missions using existing backup sources in the event of commercial power outage. The confluence of these trends, namely increased critical load demand, decreased resilience of commercial power, inadequacy of backup generators, and lack of transformer spares in sufficient numbers to enable quick repair, create an unacceptably high risk to our national security from a long-term interruption of commercial power.


Granted, DOD's not the only organization with these concerns ... and the obligation to plan accordingly. Hospitals, police & fire, essential services, etc. all have to think this way. DOD is exploring campus microgrid strategies (including on-site power generation, energy management and energy storage systems, and more) to allow bases to "island" themselves away from commercial grid infrastructure.

The technology is getting to the point where this approach is becoming just as feasible for industry. We'll be investigating further and will post the results right here.