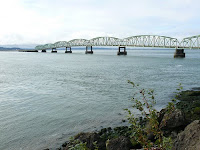 In a bracing report from Australia, we learn from the Sydney Morning Herald that Integral Energy was inundated with a virus on non-critical systems, but at such a penetration level that they chose to rebuild 1000 desktop machines to eliminate the problem before it "spreads to the machines controlling the power grid."

The security consultant interviewed in the piece, Chris Gatford from HackLabs mentions that in his experience there is ample evidence that the networks may well have been connected despite the efforts of the utility to separate them. This is particularly problematic, I am sure, because there are not only power control systems to worry about, but also online payment, user account management, and other relatively advanced functions at Integral Energy.

His comments seemed familiar to me, so I went back through my notes, all the way to a report from the team at Riptech in 2001 ( Bought by Symantec) called " Understanding SCADA System Security Vulnerabilities ", where the authors describe a very similar disconnect between assumptions and reality in these internal networks:

Most SCADA systems were originally built before and often separate from other corporate networks. As a result, IT managers typically operate on the assumption that these systems cannot be accessed through corporate networks or from remote access points. Unfortunately, this belief is usually fallacious.

In reality, SCADA networks and corporate IT systems are often bridged as a result of two key changes in information management practices. First, the demand for remote access computing has encouraged many utilities to establish connections to the SCADA system that enable SCADA engineers to monitor and control the system from points on the corporate network. Second, many utilities have added connections between corporate networks and SCADA networks in order to allow corporate decision makers to obtain instant access to critical data about the status of their operational systems. Often, these connections are implemented without a full understanding of the corresponding security risks. In fact, the security strategy for utility corporate network infrastructures rarely accounts for the fact that access to these systems might allow unauthorized access and control of SCADA systems.

MISCONCEPTION #2 – “Connections between SCADA systems and other corporate networks are protected by strong access controls.”

Many of the interconnections between corporate networks and SCADA systems require the integration of systems with different communications standards. The result is often an infrastructure that is engineered to move data successfully between two unique systems. Due to the complexity of integrating disparate systems, network engineers often fail to address the added burden of accounting for security risks.
As a result, access controls designed to protect SCADA systems from unauthorized access through corporate networks are usually minimal, which is largely attributable to the fact that network managers often overlook key access points connecting these networks. Although the strategic use of internal firewalls and intrusion detection systems (IDS), coupled with strong password policies, is highly recommended, few utilities protect all entry points to the SCADA system in this manner.

I think that the team at Integral Energy knows this as well. Their actions show that they felt it necessary to take serious and disruptive measures to eradicate a virus outbreak before it jeopardized the entire infrastructure. Their willingness to speak of it publicly also provides a real service to those of us who are considering the impacts of the introduction of multitudes of new systems and new access points into those same networks.

One sees allusions to the concept of separate networks, with various properties, in existing regulation, CIP descriptions, etc. If we can agree that there are likely to be unintended cross-overs between these systems and their populations, then we must also agree to stop considering the artifice of disjoint networks as being anything but an anachronism, and treat the security of each network with the same rigor and protective approaches, regardless of our faith in its isolation from sources of corruption.
( Image Thanks to Flickr: http://www.flickr.com/photos/cloudsoup/ / CC BY 2.0 )
Posted by Jack Danahy at 11:08 PM

Very informative blog... This blog share valuable information on ICS/SCADA. I found this information very helpful. Thanks for sharing