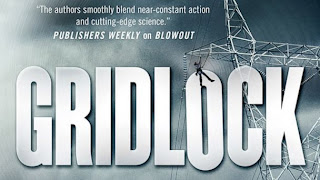 It's interesting how literature can shed light on topics such as cybersecurity...

You can read a plot synopsis and get the presentation here: http://exploringpossibilityspace.blogspot.com/2013/09/movie-plot-2017-texas-heat-wave.html