This Week the Economist Loves and Hates the Smart Grid 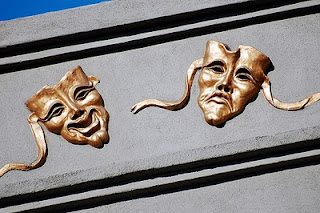 I confess I typically love The Economist magazine. Its tempered and wide-ranging world news reporting and "tough love" takes on the US culture and economy form a nice middle path at a time when many media outlets have gone decidedly left or right.

But while it's unusual for me to find much fault with their news, the opinion piece in this week's issue "Reliability of the Grid: Difference Engine - Disaster Waiting to Happen", about the recent San Diego outage and the current state of the grid really rubbed me wrong.

By now you probably know the drill:


What is rarely mentioned in all the proselytising about the smart grid is that it adds a vast layer of hackable points to the network—some 440m by 2015, according to Lockheed Martin’s Energy and Cyber Services. Every smart meter in the home will be a hackable device. The same goes for all the routers at substations. As the saying goes, if you can communicate with it, you can hack it. Today, you can cut off the power to someone’s home by shinning up the nearest electricity pole and throwing a switch at the top. Once smart meters become widespread, you will be able to do that remotely, from the far side of the world.

Proselytising? Jeez. Security challenges are "rarely mentioned"? Yeah right. This blog's primary mandate is countering, in its own modest way, the overwhelming ratio of FUD based Smart Grid scare articles with ones that tell a fuller albeit less dramatic story. And thank you, large defense contractor, for adding fuel to the fire (not). The author of this Economist piece went back almost a year to find a FUD-soaked interview with a now departed Smart Grid security practice manager for the 440 million hackable points factoid. There's more I could say about this excerpt and the rest of the article but let's move on. This is supposed to be a short, readable post after all. Get in, get out.

In a piece dated one day later, September 17th, titled "Energy in Japan: Out with the Old" we get the counter argument for a Japan recovering from Fukushima :


Japan needs a smarter grid, with electricity prices that vary according to demand. Power should cost more when demand is high and less when it is low, giving people an incentive to run the washing machine in the middle of the night. It should also be simple for new producers of electricity—from clever start-ups to big industrial firms—to sell power back to the grid.

Nice, but oh so different in content and tone. So what's your ultimate recommendation, Economist? Should we freak out and do our best to scuttle all local, regional and national Smart Grid initiatives due to the looming horrors you describe in article 1? Or should we keep our heads on straight, and build out the Smart Grid for the sound economic reasons you give in article 2, while working overtime to ensure it's as safe and secure as possible? Inquiring minds want to know.