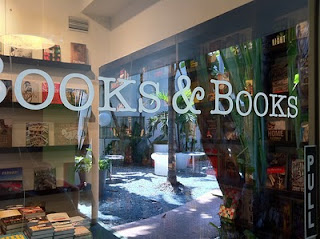 There are two new books out in the last few months I want you to know about. Whether you have time to read them, even if I am successful in getting you worked up about them, well, that's another story. So again, it's only two books, which is probably one or two more than you'll be able to get to given your current workload. But here's why you should give them a shot.

The first one is by former Austin Energy CIO Andres Carvallo, called The Advanced Smart Grid: Edge Power Driving Sustainability. Co-authored with frequent technology writer John Cooper, this book is relatively short at ~200 well illustrated pages, and is a pleasure to read. I'm going to re-use some of the laudatory words I recently posted in an Amazon review.

Before they invite you to travel with them into the future, Carvallo and Cooper do a solid job of orienting the reader with concise summaries of where the grid came from, how it's evolved over time, and as accurately as possible, how it's doing in its current state. For the many immigrants who've recently moved to energy from other sectors (like me), this is a great grounding.

The authors then look past the current climate of activity, much of it initially fueled with government grants, to a phase where business drivers alone dictate what gets deployed next. Ultimately, they begin to unveil for us a blurry but emerging vision of "the advanced Smart Grid", that's predicated on pervasive IP networking, tons and tons of data, microgrids, EVs, virtual power plants, new business models and more.

I particularly liked this point when the authors did pause for a moment on security:


As a foundational infrastructure, the Smart Grid cannot afford to get out in front of its ability to remain secure.

That's right ... what a concise way of saying so much. For me, it was well worth the time, and depending on your background and/or day job, it might be for you too.

Book number two is from one of the (if not, THE) true giants of global energy thinking over the past decades, Daniel Yergin. Best known (to me, anyway) for his biblical telling of the history and future of the oil industry in The Prize, his new book, The Quest: Energy, Security, and the Remaking of the Modern World, expands in scope to consider all energy sources. Recently reviewed in the NYT, this excerpt seems apropos:


When it comes to assessing the world’s energy future Mr. Yergin is a Churchillian. He argues that we should consider all possible energy sources, the way Winston Churchill considered oil when he spoke to the British Parliament  in 1913. “On no one quality, on no one process, on no one country, on no one route, and on no one field must we be dependent,” Churchill said. “Safety and security in oil lie in variety and variety alone.”

... and one more thing, for which the a smarter grid is the essential precursor:


One of Mr. Yergin’s closing arguments focuses on the importance of thinking seriously about one energy source that “has the potential to have the biggest impact of all.” That source is efficiency. It’s a simple idea, he points out, but one that is oddly “the hardest to wrap one’s mind around.” More efficient buildings, cars, airplanes, computers and other products have the potential to change our world.

Sounds great, right? Well, the bad news for you travelers is that, from a weight perspective, is that it tops 800 pages, though if you get the ebook version it's as light as can be. Now reading it, or the majority of it, that's another story. If it's too much for you to consider, maybe you can wait and hope for a movie version. But I wouldn't count on it.