FERC and NERC Down the 2010 Cyber Security Standards Home Stretch 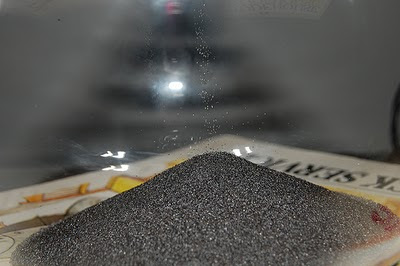 Been saying it all year: tension is building between those who want to tighten up security standards faster and those who was to take a gentler, but more predictable path. FERC and NERC have been the primary protagonists in this struggle, as described a few months ago HERE.

For those who are paying attention, a few items that have surfaced as the year winds down, and here's a short summary for you:

First we have the so-called "bright line" ruling in which FERC says we (especially NERC) need a new and crisper definition of the bulk electric system (BES). Here's an excerpt in their own words:


Today's final rule directs NERC to revise its definition of the term “bulk electric system” to ensure that the definition encompasses all facilities necessary for operating an interconnected electric transmission network .... FERC said the ultimate goal ... is to eliminate inconsistencies across regions, eliminate the ambiguity created by the current characterization of the 100 kilovolt (kV) threshold as a general guideline, provide a backstop review to ensure that any variations do not compromise reliability, and ensure that facilities that could significantly affect reliability are subject to mandatory rules.

So the ball's in NERC's court on that one. A few days after that press was released, FERC Commssioner Jon Wellinghof spoke out on security and the Smart Grid for Forbes.com. Seems like he really wishes things could go a lot further and a lot faster than they have so far, and that Congress hasn't come through yet:


... there have been a number of legislative proposals put forward, none of which have been passed….

Without mentioning it by name, he also plugs the GRID Act which is still stuck half-way through Congress:


We do believe that there’s some additional authority necessary with respect to cyber-security, especially with respect to an imminent threat or vulnerability. We think FERC needs the authority to issue an order to the utilities to take a specific action. Right now we don’t have that authority. It all has to go through the National Electric Reliability Corporation…. It’s kind of a cumbersome process now, that takes a lot longer than you would want if you knew of some immediate threat or vulnerability….

Which brings us to some analysis of what's on deck for 2011 in the NERC CIP world. From NERC CIP compliance experts Abidance Consulting, here's their well informed take on which way this will likely play out in version 4 of the CIPs:


The NERC CIP Standards are being reviewed and updated by various NERC committees to include the Standards & Development Team .... The new version(s) will categorize Critical Assets and Critical Cyber Assets based on impact assessment as “High”, "Medium" and "Low". The new methodology will not use the current Critical Assets and Critical Cyber Assets. [Rather], CIP standards will be customized to each category based on their impact on the BES ....

That's a heck of a lot of change. Too much for some, though others would call it long overdue. And here's a big (and good) one:


The new version of CIP will expose several assets to CIP compliance requirements unlike today as the serial connection will no longer be able to provide immunity from compliance.

This change, if and when it takes effect, will reverse a trend that some analysts have used to argue that the CIPs actually weaken grid security.

We could go on, but this is a blog and our job is to keep these posts short and tasty. Kind of like tappas. Speaking of which, there's plenty of action on the menu for 2011 for utility security pro's and everyone in the community who wants to see them succeed. Looking forward to it!

Photo credit: Erik Fitzpatrick on Flickr.com
Posted by Andy Bochman at 12:27 AM