Takes Two (or more) to Tango: Building a Foundation for Smart Grid Security with International Allies 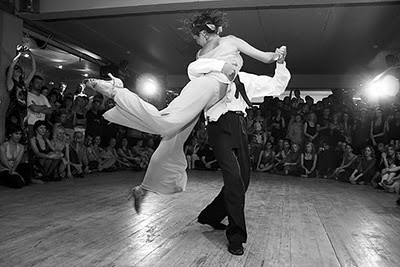 Anyone who's pondered the enoromous challenges ahead of us immediately recognizes that Smart Grid security is a team sport. We struggle to get the US's smart grid standards house in order, with a mix of Federal leadership and hopeful cooperation among the 50 state utility commissions and across our dozen or so regions. It remains to be seen how much team spirit emerges from this effort. Yet even if we make good progress, electrical infrastructure security at home is no guarantee of national energy security.

Fossil fuel sourcing and climate change issues aside, US economic (and to a lesser extent, military) well being would be significantly impaired if our key allies and trading partners had their grids knocked out by successful and sustained cyber attacks.

While many may grumble that the NERC CIPS are not nearly robust enough, a scouring of available online documents reveals much less attention is paid to cyber security requirements in E&U project planning. I will be travelling to Europe this week to deliver some training so will attempt to get my own first hand findings from the field, and will report accordingly.

But a look at some of our closest international buddies: Australia, Canada, New Zealand, and the United Kingdom reveals a desire to leverage US resources and lessons learned to the benefit of all. The International Electricity Infrastructure Association (IEIA) recently met in Washington, DC, and from what I heard through the grapevine, these folks are all interested in knowing more about what we're doing, and in some cases, will base their moves on what they see us doing.

Here's what the IEIA lists as its objectives:

What's not to like on this list? I'd like to see something comparable covering Europe via the EU, and for our friends and allies in East Asia, something similar. Sorry if this is a little too kumbaya for some of you, but that way it goes sometimes. Will get some extra rugged individualism into the blog soon.