Where do Today's Electric Utility CEOs come from, and what do their Origins Mean for Grid Security? 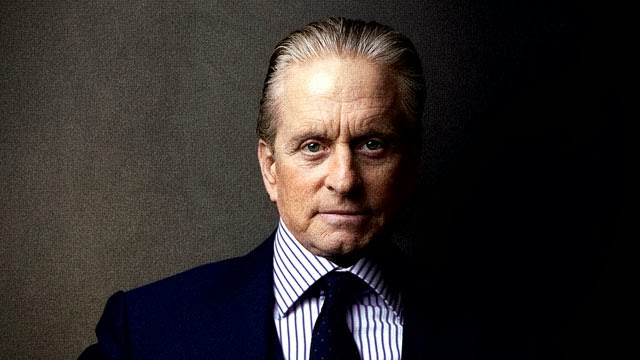 I remember once thinking, naively perhaps, that most utility CEOs must have come up through the ranks, like generals in the military, with hands-on operational engineering experience garnering them the respect of their peers and subordinates along the way.

When I shared that concept last year with a 40-year industry veteran who'd done his time in generation and T&D, he schooled me saying that while that used to be the case, it's not the norm today.  He said more often you'll find someone with a finance background, often imported from sectors outside power.

Well, I got another round of schooling on this subject this week from former state commissioner and current consumer advocate Nancy Brockway, who has made her presence known on this blog before, in: "The State of the States and Smart Grid Security." Well she's back, and whether you agree with her or not, and allowing for exceptions, I think you definitely should hear what she has to say about the origins of senior utility leadership in 2014:


Transaction-oriented finance and legal sector professionals have displaced engineers in the executive suites of most utilities. The big shift to deal-making occurred in the wake of the existential shocks of the late 20th century over cost over-runs, the end of cheap oil, and the growing recognition of the environmental costs of utilities.

Look back a century or more to the pioneers of the utility industry and you'll see a public interest value system that could and often did accompany the build out of utility territories and even accompanied mergers and acquisitions. Read 2004's Insull: The Rise and Fall of a Billionaire Utility Tycoon by Forrest MacDonald, for more background.

But economies of scale were pretty-well exhausted by the 1960s. Bigger was no longer better for customers. And an anti-regulation "winner takes the hindmost" political climate did not reward a utility executive's greater effort to serve the public. Rather, it rewarded ever more sophisticated schemes to funnel profits up to the executive suite.

Regulators have to push for what they see as the public interest. To do their jobs with any responsibility in these circumstances, they can no longer sit back and merely act as a brake on occasional excesses. Too often they have to define the public good and demand it from utility management.

I am not sure that a workable redefinition of the roles and responsibilities of management and regulators can happen without a wholesale cultural shift away from "Greed is Good." My opposition to pre-approval of cyber security spending comes from the sense that if the utility drags its heels or does only what it needs to satisfy regulators, that just demonstrates that utility execs do not see security as fundamentally necessary for their personal financial success.

Sort of begs the question of how Gordon Gekko would weigh security investments vs. security risk, and you know what, I don't know the answer.  But we know GG types thrive on risk and reward.

That's not exactly what I had in my mind previously, imagining conservative, retired military, former boy or girl scouts, with steady hands on the tiller of some of the absolute most important critical infrastructure organizations in the country.

Hopefully, experience and acumen with fine tuning financial risk/reward equations will most often translate to similarly savvy understanding of and action on operational risks ... including one that's increasingly material and the raison d'etre of this blog.

If [Iran's water crisis] situation is not reformed, in 30 years Iran will be a ghost town. Even if there is precipitation in the desert, there will be no yield, because the area for groundwater will be dried and water will remain at ground level and evaporate.”

“All the bodies of natural water in Iran are drying up: Lake Urumieh, Bakhtegan, Tashak, Parishan and others,” Kalantari said. “I am talking about the occurrence of a crisis. People’s lives are being threatened.”

Kalantari said that the “deserts in Iran are spreading, and I am warning you that South Alborz and East Zagros will be uninhabitable and Iranians will have to migrate. But where? Easily I can say that of the 75 million people in Iran, 45 million will have uncertain circumstances.” Kalantari continued, “If we start this very day to address this, it will take 12 to 15 years to balance.”

So you establish a campaign to legally invite among others, these infinite economic growth ("The economists all think that if you show up at the cashier's cage with enough currency, God will put more oil in ground" - Kenneth Deffeyes) type "transaction-oriented finance and legal sector professionals", to commit to honourable orderly deindustrialization.

Some respond honourably, and others respond to the honourable military legal invitation founded on arguments of reason and logic; as if it is a spam-joke from some imbecile schmuck. So you reflect on the matter. Perhaps you are a reason and logic schmuck, if you treat people who prefer to be politically Louima buttfucked (treated like house and slave niggers), like they are capable of being responsible citizens?

So, they don't want to engage in reason and logic legal discourse on the merits of orderly and humane population and consumption reduction deindustrialization; prefering their endless sexual objectification, blame game addiction focus on symptoms as opposed to causes.

Some masonic-mainstream addiction experts (like Tony Robinson) recommend treating an addicted individual by providing them with an overdose of whatever they are addicted to; until they puke from it; and give up their addiction.

Only a few transaction-oriented finance and legal sector professionals are puking when confronted with their direct financial and legal involvement in mass murder: a few bankers prefer the laws of gravity to monastic prison reflection; a few lawyers got political correct anger without attitude (aka depression).

Which is very interesting; because so far not one NGO parasite is even close to puking from their direct and indirect role as parasite profiteers of ecological collapse and mass murder.

So if the advice from that addiction expert clearly ain't working; best to find another option that would work to get out the -- "Citizens of planet earth; could we kindly get your attention to engage in an honourable sincere discussion about the merits of orderly and humane population and consumption reduction deindustrialization." -- message.

What other options may work?

What about a strategic EMP that downs one or more national grids. Leaders can stick their countries names in a hat, and the UN security council can draw a few names as the chosen EMP targets.

Once the countries are Octopus EMP bombed:

2. the gung-ho keyboard warriors who don't want the community benefits of orderly deindustrialization; can demonstrate their -- affection for the stench of backed-up toilets, children sleeping on cardboard soaked with urine and feces, the way in which fear, heat and the lack of any real information creates deadly race war rumours and race war consequences -- hands on operational management expertise to protect and provide for their families.

If the financial and legal suits manage to turn the lights back on: Might the survivors or individuals in other industrial nations observing the ego and ecological illiterate blindness chaos be more inclined to engage in an honourable sincere discussion about the merits of orderly and humane ego and ecological literate population and consumption reduction deindustrialization."?

In terms of psychological dynamics, I see important similarities between South Africa and the Middle East. From The Counterlife, a 1987 novel by Philip Roth:

“We’ll drive through the village ... . You’ll see how Arabs who want to can live in peace, side by side, only a couple of hundred yards away. They come up here and buy our eggs. [Our old] chickens …, we sell to them for pennies. … . The army could move in here tomorrow, weed out the troublemakers, and the stone throwing would be over in five minutes. But they don’t. They even throw stones at the soldiers. And when the soldier does nothing, you know what the Arabs think? They think you are a shmuck – and you are a shmuck. Any place in the Middle East, you throw a stone at a soldier and … [h]e shoots you. But suddenly they discover … that you throw a stone at an Israeli soldier and he doesn’t shoot you. He doesn’t do anything. And that’s when the trouble begins. Not because we are cruel, but because they have found out we are weak. … . They don’t respect niceness and they don’t respect weakness. What the Arab respects is power.”

And just so, blacks think whites are fools. Recall the (fictional) African leader hurling abuse at whites who re-spond by applauding him. Of course blacks will think you’re a shmuck – ‘and you are a shmuck’!

Arabs in Israel live better than those in ‘Palestine’, economically and politically. Most know this, but because of Western propaganda, many ‘convince’ themselves otherwise. In South Africa, most blacks, don’t want black rule, but Western propaganda will ‘convince’ them they do. In both cases it is a matter of mob hysteria, in-timidation and liberal media influence.

HOW MOSLEMS AND BLACKS USE “RAGE” TO MANIPULATE WHITE GUILT
http://www.amnation.com/vfr/archives/003434.html