So Far, it Seems WAMPAC Systems are Insecure by (Lack of) Design 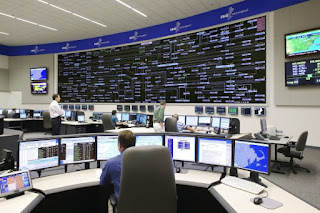 Thanks to colleague Jeff K for pointer to recent NESCOR reports.

First things first: in IBM and elsewhere the phrase "secure by design" is used to describe a project or a system where security requirements are considered at the earliest stages, right along with all the functional requirements.

Now for new initiates, WAMPAC = Wide Area Monitoring, Protection and Control, and the term refers to a group of new technologies and capabilities that will put the Smart in Smart Grid much more than the more attention grabbing Smart Meter.


This IEEE abstract does a better job defining WAMPAC than I could, so here you go:

Sounds like one could become rather dependent on systems like this, no?  So you would want to ensure that the P in WAMPAC includes protection of the system itself so the system can do its job helping to protect the grid. Alas, it seems, that's not how it's gone down so far.

Please allow me to pause for a brief, somewhat alarmist thought. Let your mind wander for a moment and imagine the importance of data integrity in such a system, and what could befall large chunks of the grid should the data that drives WAMPACs be modified surreptitiously by an uninvited 3rd party.

From the most recent draft of the Annabelle Lee and EPRI-led security review of WAMPAC initiatives underway, we get the following findings up front:

Long suffering security pro's will hardly be surprised by the lack of inclusion of security requirements, even for projects as important as WAMPAC. Others may be be surprised. Whichever camp you fall in, you can read the full report HERE. Lots of good recommendations included, though you can't help but wish we weren't in bolt-on security mode again.

Why is it that executive summaries only mention problems and ignore any improvements that are being made? While the NESCOR-EPRI paper has some useful information about WAMPAC, the executive summary on which this blog entry is based, is not an accurate reflection of what is happening in the industry related to cyber security standards for WAMPAC. Users would be well advised to ignore much of the seemingly authoritative assertions made by the authors as it pertains to some of these standards.

"IEC 61850-90-5 was approved by SGIP for inclusion in CoS. The standard makes a reference to standards that have NOT been considered and approved by SGIP. This “alert” is important for the users since the conclusions may be valid only when all normative (i.e. mandatory) references are also approved."

There are other places where SGIP standards review declarations are provided as prima facie evidence of misleading assertions. Having participated in one of these reviews I believe that such reliance is not warranted. In several cases misunderstandings about the purpose, application and structure of the standards drives some of the conclusions made.

Although I might argue numerous other points in that report, the point of my objection here is that users should NOT ignore the most up to date and security oriented standard that has been developed for WAMPAC applications simply because SGIP has not approved it yet or because the result is not invulnerable to every possible (e.g. attacks on the configuratin files of PMUs which are being addresses in other standards).

I would exercise caution with the conclusions made by this executive summary.

I fully agree with Ralph. Security was on the requirement list for IEC 61850-90-5 from the beginning. This is a crucial precondition for robust security. IEC 61850-90-5 contains protocol security, a security model in depth as well as key management.