FERC's Director of Reliability Speaks Out on Grid Gaps 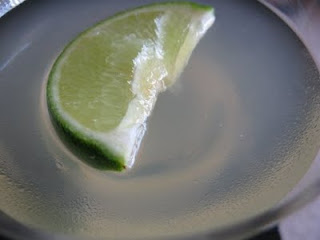 While you were relaxing and celebrating Cinco de Mayo with cervezas y margaritas and such, FERC's Joe McClelland was on the job (as always), testifying before a Senate committee on what he sees as the current gaps in coverage in grid protections and what should be done about them.

For starters, he laid it out quite simply:


The Commission (FERC) currently does not have sufficient authority to require effective protection of the grid against cyber or physical attacks. If adequate protection is to be provided, legislation is needed and my testimony discusses the key elements that should be included in legislation in this area.

Then proceeded with something you should know about if you didn't it already ... about US cities and 2 entire states:


Currently, the Commission’s jurisdiction and reliability authority is limited to the “bulk power system,” as defined in the Federal Power Act (FPA), and therefore excludes Alaska and Hawaii, including any federal installations located therein.  The current interpretation of “bulk power system” also excludes some transmission and all local distribution facilities, including virtually all of the grid facilities in certain large cities such as New York, thus precluding Commission action to mitigate cyber or other national security threats to reliability that involve such facilities and major population areas.

And beyond the geographic dead-zones he called out above, and the fact that the CIPs miss the majority of the grid by entirely missing the distribution network, there's also the temporal issue ... the current process is slow ... way too slow depending on the nature of the threats to be countered:


The procedures used by NERC ... can be an impediment when measures or actions need to be taken to address threats to national security quickly, effectively and in a manner that protects against the disclosure of security-sensitive information. The current procedures ... do not provide an effective and timely means of addressing urgent cyber or other national security risks to the bulk power system, particularly in emergency situations. Certain circumstances, such as those involving national security, may require immediate action, while the reliability standard procedures take too long to implement efficient and timely corrective steps.

I could go on citing McClelland's sharp observations and recommendations, but maybe it's better for you to get the rest in the complete context. There's a lot more to take in so click HERE for the full transcript. If you're like me, you've got to be glad Joe is on the job.