The Fruits of Smart Meter Phobia 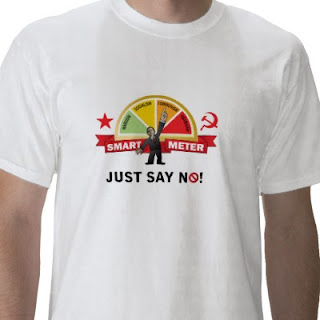 OK, so you don't want a wireless Smart Meter on the side of your house because you're sure, despite copious scientific evidence to the contrary, that its radio frequency emissions are going to kill you.

Well, after organizing and making your intentions clear, you have won. Congratulations! You can have it your way and keep the darn thing off your house. One small catch, though: you'll cost a lot more money to support so you'll have to pay extra.

We're working on modernizing the grid so it can support greatly increased amounts of intermittent wind and solar energy. We're trying to reduce our use of, and dependence on, fossil fuels, which will make our world a healthier place by far. Smart Meters have an important role to play by giving utilities a better picture of near-real time energy demand, as well as the means to manage demand during periods of peak consumption.

So, about that cell phone you press against your head? And the computer screens you stare at all day. And the wifi router that forms your home network. And the microwave that's running sometimes while you tidy up in the kitchen. You've tolerated, if not embraced, modernization of other sectors of the economy. Please be a bit more consistent with your fears and let us get on with our work.