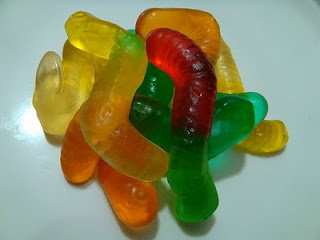 Though I wouldn't look for a movie version any time soon, like the Davinci Code for Smart Grid and other cyber sleuths, the story of the Stuxnet worm keeps getting more and more mysterious.

At the IEEE Smart Grid Surivivability workshop held at SEI in Arlington, VA last week, we had a front row seat for a great presentation by Symantec's Liam O'Murchu, one of three Stuxnet reverse engineers Symantec has had on the case for over three months straight.

Though I've been following Stuxnet on the SGSB (first post HERE) since shortly after it surfaced (well after it was born circa 2009), Liam provided some insights that surprised all of us I think, including:
In short, no matter how solid an org's security policies, no matter the level of adherence to defense in depth principles and security best practices, no matter how much security technology was deployed and how up-to-date it was kept, it is very likely that Stuxnet would have found a way in. We're very lucky that the apparent target doesn't seem to include systems important to the US or our allies. This is clearly focused on very, very specific control elements like certain make/model pumps and actuators. If it doesn't find exactly what it wants, it does nothing else. It's polite. That's good news.  So we got our wake-up call.

But the bad news is that for aspiring bad guys, Stuxnet is a master class, a surprising visit from "attacks of the future" to present day 2010 on how to do more damage than you ever thought possible. We'll see Stuxnet again, and if it's pointed at us (US utilities, other industrial operators) next time the payload may be quite different.

Written by Liam and team, Symantec's 51-page Stuxnet Dossier remains the definitive document on Stuxnet.  We'll be hearing more from them as they (and others) make new discoveries, but there's already plenty of info available now on how to begin hardening your org against the future spawn of Stuxnet, even if those defenses might be less than complete.