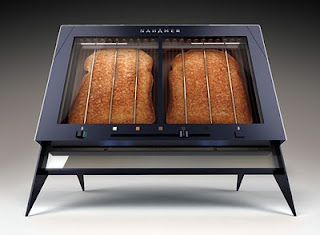 As good as the utility panel was at the end of Day 1 (see final bullet here), Day 2's vendor panel comprised mainly of meter guys was another clear standout. On the stage were:
Here are some of what this panel conveyed, sans attribution:
Later, a question from the back row to the microgrid panel caused a stir. What was that question? Something like: "Are utilities aware of the possible disruptive nature of microgrids to their well established business models?"

Murmuring and agitation ensued ... along with very many words flowing high rates of speed. To sum it up, I believe the response was along the lines of "hell yes and they're using lawyers and all other means at their disposal to slow microgrid deployments down." Personally, I don't believe that response captures what I see as a range of microgrid thinking by utilities. Some of them, I'm sure we'll see, want to get out in front of this movement and will make it another part of their offerings.

In marked contrast, the final panel, which included Elinor Mills of CNET, was a thoughtful and somber meditation on the near-perfect relationship between the media and Smart Grid utilities and vendors. NOT!!! It was fairly raucous and included a course mixture of literal and figurative finger pointing. In the end, neither side was completely innocent of wrong doing and neither side was completely guilty. Both sides agreed to keep talking with hopes that better understanding and communications would follow in the fullness of time.

As for the conference itself, I spoke with a couple dozen folks before we disbanded and all were well pleased with what they'd experienced and all pledged to attend the next Smart Grid Cyber Security Summit event. I have it on good faith that videos and other useful artifacts from the conference will soon appear on the summit site. When they do, I'll be sure to send out a heads-up here on the SGSB.

That's a wrap for now. I've got a red eye back to Beantown to catch. Go Sox!

Thanks meant for sharing this type of satisfying opinion, written piece is fastidious, that’s why I’ve read it completely. Big Data and Bigger Breaches With Alex Pentland of Monument Capital Group

Thanks for the effort, keep up the good work Great work, the thoughts you state are truly awesome. I expect you will write several more posts.
advanced loans

Best of luck for your future post, these all will be surely awesome like this one. insurance rates

Good blog along with the excellent quality stuff and I’m sure this will be greatly helpful.whole life insurance rates

Bundles of thanks for providing such an awesome information, I have been a die heart fan of yours!! roofing companies Sugar Land

I don’t suppose many of websites give this kind of information.payday loan 100 online

Firstly I looked at this blog I never even imagined that how much I will pay attention towards this writing, guys your writer is a great men! ipv d2 mod

Great man! You have really done the hard working on this post Bathroom remodel Lakeville

This text may be value everyone’s attention. How will I learn more?Mark Curry

I see the greatest contents on your blog and I extremely love reading them.payday loans in virgnia

It’s a classic awesome post, I am lucky that I visited this blog site, it gives supportive ideas. online payday loans

I never ever read such type of info before this was really incredible. niche profit full control bonus

Guys you did great work. I’m very pleased to say that these are wonderful articles and blogs. Thanks for this. term life insurance

I got your blog yesterday and still I am waiting for the new posts… this is quite satisfying blog so all guys come here and learn something special. cash loan

Hey, very nice site. I came across this on Google, and I am stoked that I did. I will definitely be coming back here more often. Wish I could add to the conversation and bring a bit more to the table, but am just taking in as much info as I can at the moment. Thanks for sharing.

I am so happy to visit your site; it carries plenty of superb facts that pleased me. water softener reviews

Your write-ups are far more than wow!forklift train the trainer courses

Cool blog! Because of the way you explained, the things you defined, I have been adorer of your site… Medical Malpractice lawyer new York city

Hi Dear, have you been certainly visiting this site daily, if that's the case you then will certainly get good knowledge. Vine Vine Skin Care

This is really an excellent blog as well as its content. Vine Vera Reviews

In reality your creative writing abilities have intensified me to get my own blog nowadays. antidepressants life insurance

The quality of your blogs and conjointly the articles and price appreciating. vehicle wraps