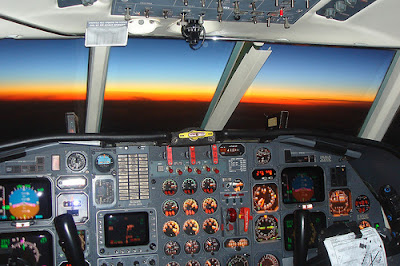 Back in December, in a post called "Smart Grid Security Confidence Game" we considered how the drum beat of media messages about potential Smart Grid vulnerabilities and risks might affect the public's enthusiasm for the Smart Grid, and enjoined Smart Grid community advocates to add their security and privacy strategy accounts to the mix and bring a little balance.

But there's another group whose trust is just as important in this transition, and that's the folks who actually run the grid on a day to day basis. In this recent article about "Self Healing" capabilities, tech journalist Alyssa Danigelis gets to the heart of the matter from a user confidence point of view:


The major challenges to adopting advanced self-healing grid applications don’t necessarily stem from a lack of available technology.... The problem seems to be getting to the point where utilities can integrate them into intelligent systems and then comfortably rely on the processes to work smoothly and safely. To put advanced self-healing grid systems in perspective, last year some utilities still were using paper maps, says Gary Rackliffe, VP of ABB in North America. “Going from paper maps to saying, ‘I’m going to sit here and watch the computer make the decision and start throwing switches’—that’s a significant leap forward,” he says.

Automated systems make thousands of decisions per second. But still, imagine getting pilots to take their hands off the controls and trust early autopilot systems for the first time? What about autopilot and terrain following radar for high speed, low level flying? Yikes! At some point, though, you've simply got to let go because the system is far too complex to fly manually. And once they see it working, initial skeptics become the strongest advocates:


Progress Energy’s Harrison expresses certainty that when workers are trained on a self-healing system and understand how it will react, they will adapt. She recalls when the utility’s distribution control center first started telling linemen to go to a location because the outage would be in the vicinity. At first, line workers doubted control room operators’ ability to pinpoint the cause of an outage, and they’d say, “I’m going to have to ride this line out.” Then the accuracy improved so much that the linemen stopped questioning it. “Today if for some reason that information isn’t available,” Harrison says, “they get upset. ‘What do you mean you can’t tell me?’”

We're still quite a few years away from being hands-off on the grid. But the momentum taking us towards more automated grid operations is now unstoppable. Imagine a future where energy system engineers and executives review outage "near misses" detected and prevented by ultra-fast reacting, self-healing systems. When the public gets the word that the Smart Grid has earned its operators' trust, it'll be easier for them sit back, relax, and enjoy a more flexible and reliable energy system.